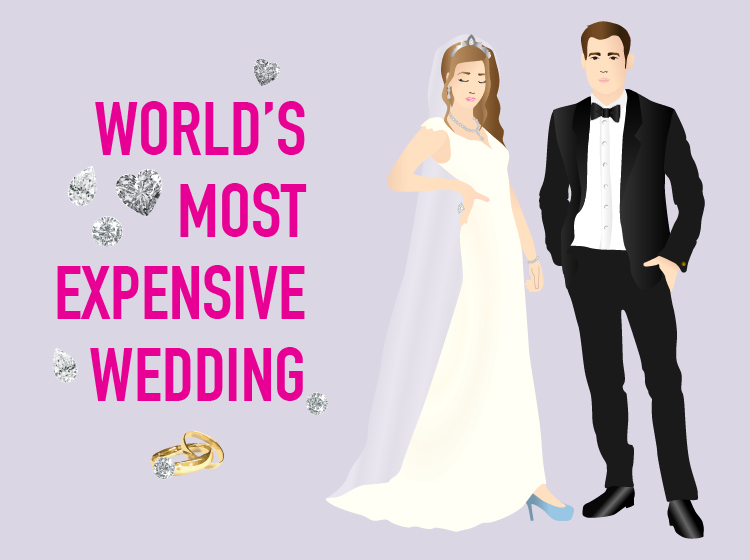 Have you ever sat and wondered what the most expensive wedding of all time would be like? We have. So here we are letting you know what the total bill would look like for the grandest wedding EVER.

We’ve found the most expensive of every element of a wedding and pieced them all together for you. So now if your fiance makes any jokes about the cost of part of your wedding day you can say, “At least we’re not paying as much as…!”

If you’ve ever planned a wedding, you know how many different things there are to remember and which are the most important elements to a wedding day.

Of course, the most important element of ANY wedding is love, which is free! However, right now we’re going to be extremely materialistic and talk about the dress, flowers, the cake, the cars and everything in between.

Use this to quickly jump to the chapter of your choice:

Chapter 1: Dressing the Bride
Chapter 2: Dressing the Groom
Chapter 3: The Venue
Chapter 4: The Flowers
Chapter 5: The Food
Chapter 6: The Transport
Chapter 7: The Favours

Every bride wants to look her total best on the wedding day, from finding the perfect dress, right down to looking completely flawless from every angle. 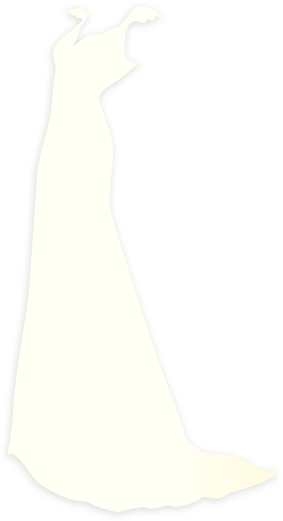 No bride is complete without a dress (or a suit, depending upon tastes) and every bride wants to look their absolute best for the big day, so it’s no wonder celebrities and the rich people of the world are willing to spend a tidy sum to look amazing. Dresses can be designed for haute couture kings and queens or completely encrusted in diamonds, the options are almost endless!

Some of the most expensive dresses will make your eyes water, especially this one:

You can’t very well walk down the aisle without your special wedding shoes now can you? We’re thinking diamond encrusted Louboutins or the finest satin Jimmy Choos. Many brides shell out more on the shoes than the dress, to create a look that really wows. Here are the most expensive pair of shoes around:

Whether you’re donning your finest diamonds, or wearing that jewel encrusted veil, accessories will play a part in your big day somehow. Many people in the world of money and finery really make a statement with their accessories, the statement of “look how much money I have!” So let’s have a look shall we?

The veil is a traditional part of the bride’s wedding ensemble and can be expensive. Many brides opt for this piece to achieve a fairytale princess look, closely associated with her wedding day. While the veil is often beautifully simple, some brides go all out, significantly increasing the price they are willing to pay. 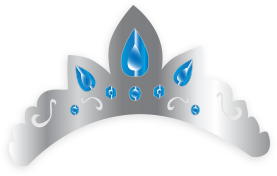 One of the more traditional wedding hairstyles is an updo or chignon, which can be adorned with elegant hair accessories to provide extra embellishment to the look of the bride on her big day. A bride usually goes for something sparkly, such as a tiara or headband, which can sometimes be worth more than the entire itself if you’re a celebrity or royalty choosing real diamonds…

Of course, there’s one piece of jewellery that matters the most on the big day and that is ‘The Ring!’ The bigger the better is the motto of some of the rich and famous (and also the not so rich and famous sometimes) but we can’t all afford a De Beers beauty or a charming Cartier cushion-cut. The ring isn’t all that some brides worry about, there’s the earrings, the bracelet, the necklace and any other items of jewellery you could possibly imagine. 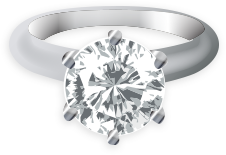 When you announce to your loved ones that you and your partner are getting married, one of the most talked about items is the ring. On your wedding day, you and your partner will exchange wedding rings, which every bride knows must match your engagement ring. Couples spend a lot when picking out an engagement ring; traditionally you spend around 2-3 months salary on the ring, which, unbelievably, pales in comparison to our most expensive ring on the list. So next time you’re looking at that chunky ring in the shop window, remember to tell your partner “that price is nothing compared to…”

If you’re wearing a simple, Grecian style wedding dress (or even if you’re not), a dazzling, delicate or chunky necklace can complete your beautiful bridal look and add a bit of elegance and individual personality. Draping yourself in jewels can add sparkle to the blushing bride, as well being considerable pricey.

A bracelet can add a touch of class, especially when matched to a bridal necklace. Made with diamonds, even the simplest piece can cost a lot. A bracelet is often a perfect present to give to a bride on her wedding day, with the bridal jewellery worn by royals costing the most.

Complement a bridal updo with jewelled earrings that frame your face and highlight your true beauty on your wedding day. Some brides took this style to the extreme with gorgeously delicate, diamond or pearl embellished earrings that enhanced their bridal beauty but also broke the bank. 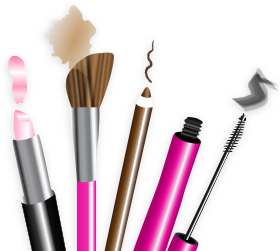 As well as the hair, makeup is another luxury which brides often splash out on for the wedding day; the lips, the eyes, the nails… makeup completes the outfit, so getting it right is ever so important. Who would you trust to get your makeup look right for that special day?

When it comes to wedding outfits, the focus is often on the bride and her dress; however, we know that what the groom wears is equally as important, as he has to look his best for the photographs alongside his future spouse.

Whether you opt for a tuxedo, morning suit or tails, the suit you wear will be the main focus of wedding look. While some grooms choose to dress up, others decide to go more casual, for an individual style of their own. Many try to match the bride or the colour scheme of the wedding, with accents of colour in their ties and accessories. Some people think the groom’s outfit is simple, but we’ve found one that took wedding couture to a new level.

A lavish wedding suit is not complete without similarly expensive shoes. Traditionally the groom often wears simple, polished black dress shoes, but that doesn’t mean they can’t be just as costly that diamond encrusted suit you’ve got your eye on.

much you care is a pair of cufflinks, to wear especially with his wedding suit. Cufflinks accessorise a groom and can range from an elegant and simple style to large, gleaming diamonds and costly gems. 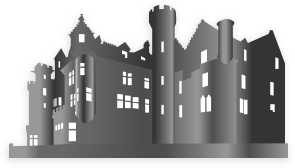 The venue is often the most expensive part of the average wedding,
from a traditional church wedding or a hotel to an outdoor garden ceremony or a holiday wedding on the beach. Where you choose to get married serves as a backdrop for your photographs and creates your dream atmosphere. Weddings can sometimes involve several different venues, for the ceremony itself, the reception and the evening after party celebrations. The stars are known to splash out a fortune for the perfect wedding day and a picturesque venue is at the top of their list.

Flowers help to add a magical feel to any wedding, from the bride’s bouquet and the boutonnieres to the table centrepieces and decorating the venue. Fresh flowers can be expensive, particularly if you have a particular colour scheme, theme or flower in mind. See the lengths other couples have gone to add finishing touches to their special day. 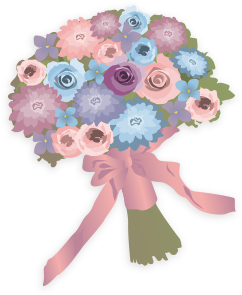 The bride’s bouquets has to last all day until she is ready to throw it to the waiting guests. Have you ever caught one? If you’ve caught the bride’s bouquet you might be wondering just how expensive wedding flowers can be…

With the aisle of the church lined in romantic roses and bespoke floral arrangements taking centre stage on every table at the reception, the floral decorations can add a considerable amount of money to your wedding budget although some couples have taken the fairytale look to the extreme.

Your day isn’t complete without delicious food to keep your guests happy throughout the celebrations. It’s not a party without your favourite treat, whether you choose a sophisticated, traditional sit-down meal, an Italian feast or a help yourself buffet, the catering is another one of the pricier elements of a wedding. 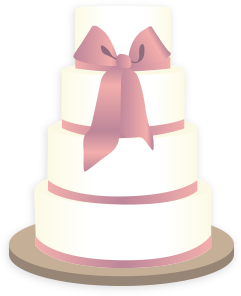 Cutting the cake is right of passage for the bride and groom, a moment that everyone looks forward to during a wedding. Over the years, cakes have gotten bigger and bigger, with more tiers, cupcakes and embellishment. Which couple wins the wedding day cake competition?

No matter how intimate or how large your wedding is, the catering per head will take up a lot of your budget. If there’s no limit to the amount you’re willing to spend you can arrange for a banquet of delectable food for you and your guests to enjoy.

Arranging how you’ll get to and from the ceremony 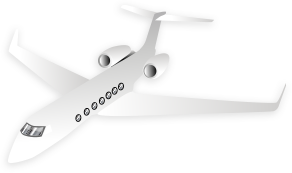 and receptions venues is an important part of your wedding planning. You want to arrive in style and many couples now put on transport for guests, from vintage buses to celebrities hiring a private jet, this is how travel is meant to be done. However, all of this comes at a price (a rather high one)…

Weddings today can often include transportation costs for guests, particularly if the venue has its own grounds or the location isn’t near to any major landmarks. Celebrities now have multiple ceremonies in different locations, especially abroad. Those with money to spare make sure their guests arrive in style. 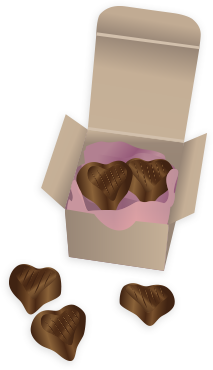 The bride and groom are not the only ones who traditionally receive presents at a wedding: they often gift their guests, bridesmaids and groomsmen with small, token presents to remind them of the special day. The wedding favour can be anything from chocolates to customised items that show you care. When it comes to expensive weddings, some couples choose to show off their generosity to remind you just how extravagant their nuptials were.

So now you know the anatomy of history’s most expensive bride! Imagine what this wedding would look like with every element combined…

Here’s a quick little update (1st December 2016) so we’re completely up to date with the most expensive wedding to date; in November, a wedding in India costing £59 million ($74 million) hit the news for causing controversy amongst the population of India at the sheer “obscene display of wealth” (summed up by critics). The lavish wedding of Brahmani (daughter of G Janardhana Reddy) featured Gold plated invitations fitted with LCD screens costing around £115,000 (10 million rupees) and the bride was dressed in a sari costing a cool £1,960,000 (170 million rupees)!!!

BUT, earlier this year, March 26th to be exact, Said Gutseriev and Khadija Uzhakhova tied the knot to the tune of $1 Billion dollars (around £789,000,000)! Now that has to be the world’s most expensive wedding or at least a close second. This wedding featured a cake standing at 9 tiers, carried in by 4 men, more flowers and lights than you could ever imagine, a dress costing $26,000 (just over £20,000) and performances from J-Lo, Enrique Iglesias and Sting! The celebrations continued in London where we can imagine the extravagance continued.

3 thoughts on “The Anatomy of History’s Most Expensive Wedding” 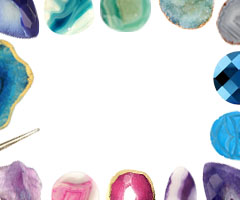